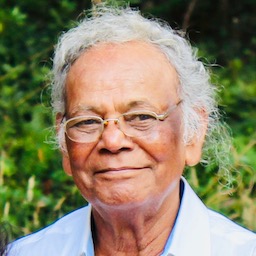 Kulathakkal Family is one of the ancient Christian Families of Central Kerala. Now its members are spread all over the country and abroad. The original family property is located north of Parthasarathy Temple across the River Pumpa Parapuzha Kadavu, Maramon. 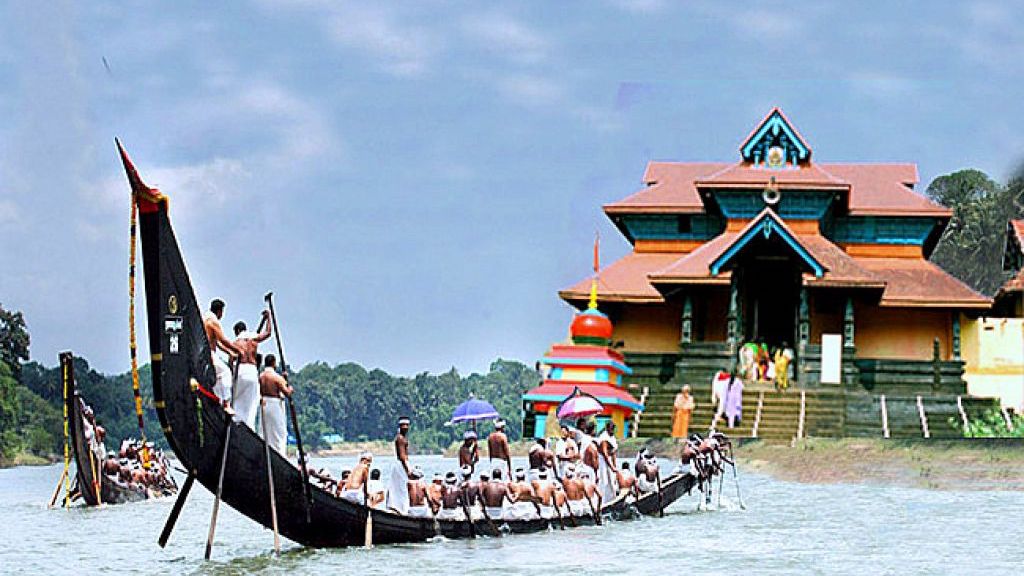 We only have a few written records at our disposal. Because so much of this history is based of oral tradition, it is quite natural to have difference of opinions on many facts and figures. We will try to keep away from controversial issues. We try to be objective and include only relevant information which we feel will help our present and future generations to understand the roots of our origin. At the same time we are not forgetting the other relatives of our father who didn’t migrate to Maramon, nor the descendants who lived across the river at Aranmula who were in the service of God. We assume that our forefather, Kulathakal Ramacha, Ramaru Nampoothiri, assisted in the temple worship and other temple related activities, prior to his conversion to Christianity

Our history traces back to Kudamalloor, a settlement of Malayalee Brahmins from ancient times. Ramacha belonged to the Chempakasseri Illam in Kudamalloor 1. About the 10th century, a Brahmin and his family from Chempakassery Manackal migrated to Nilackal 2, which was a hub of spice production by the slopes and Valley of Sahya Mountains. They settled in a place called Thazhaeckoodu.

Settlement in Aranmula (Maramon) from Nilackal

Later in the 13th century due to unfavorable and violent local conditions at Nilackal, people began to move out from the area to safer places. Most probably, many travelled downstream through Pampa River and selected their choice places on both sides of the river. It is said that our forefather Thazhaekoodu Chempakasseri Nampoothiri and his brothers, probably with their families walked 12 miles through the forest, fearing robbers and wild animals upto Vadasserikkara, carrying their family God, the gold idol, Sree Krishna (Parthasarathy). There with the help of a Paravan (caste name) they were able to travel downstream on a bamboo raft in Pampa River towards the west 3.

They arrived at Kattoor by Uthradam noon and received the hospitality of Kattoor Madom. The Potti of the Madom was overjoyed to have guests for Thiruvonum celebrations. This probably developed into a permanent relationship between Kattoor and Aranmula. To this day Thiruvonathony carries Thiruvonam supplies from Kattoor on Thiruvonam morning.

It is believed that at the advice of Kattoor Potti the Chembakassril Nampoothiries occupied the vast Aranmula Temple premises and installed their Partha Sarathi (Sree Krishna) Idol in the Temple area. The dedication of the God of Thazhaekoodu Chembakasseril at Aranmula was taken place on the Uthrittady day. In commemoration of the founding of the Partha Sarathi Temple at Aranmula, the Uthrittady boat Race is held every year. The Aranmula Temple and its renewed festivities made the place famous. The latest addition, hopefully, would be the future International Airport at Aranmula.

Conversion of Ramacha to Christianity & Founding of Maramon Church

The 14th century witnessed two great transitions in the history of Maramon. The first one was the conversion of Ramaru Nampoothiri (Ramacha) and founding of the Kulathakkal Family 4. The second is the founding of the Church in Maramon.

There is consensus on the date of conversion and baptism of Ramacha, among writers 5 who state that he was baptized in AD 1325 at Niranam church. The conversion of Ramacha and founding of the Maramon Church are inter-related. the conversion of Brahmins in those days was rare. But the influence of those converted was great in the public 6 and they were highly respected by the community, particularly, Christians.

Two names are respectfully mentioned as the founders of the Maramon Church – Kulathakkal Ramacha Namputhiry and Malliackal Valliamma 7. She offered to provide from their own land (Tharakans) to build the Church. Kulathakkal Ramacha Nampoothiry used his influence to receive the permission from Devaswom and the Government. Mr. George Alinilkkunnathil quotes his conversation with the then elderly Thazhaekallathoor Abraham Sir.

The story is as follows : Malliaeckal Valiamma went with Ramacha to the Devaswom 8 Authority (Adhikary) who resided at Kottappurayidam. She had taken along with her a Kuthira Pannam (Gold Coin) 9 as a gift to the Devaswom Authority. The Devaswom Authority asked Ramacha “Why have you come along with Tharakathiyar?” Ramacha answered that we came to get a permission to build a worship place (Aaradhana Mandapam) in her family property. The request was granted verbally saying: “Let it be after all it is for worship of god”, or “Easwararadhana allae, Nadakkattae” 10.

The worship place built by this permission is the formal and the historical beginning of the Maramon Church. It is believed that the Christians from Maramon used to go to Niranam Church to worship. However, the transportation, climatic conditions, natural calamities like flood etc; may not have conducive for a regular attendance of the church at Niranam. Therefore it became a necessity for the Christians in Maramon to have acess to regular worship. Ramacha, the new convert, who was always busy with poojas and worship at the temple may not have been satisfied with the occasional worship at Niranam. 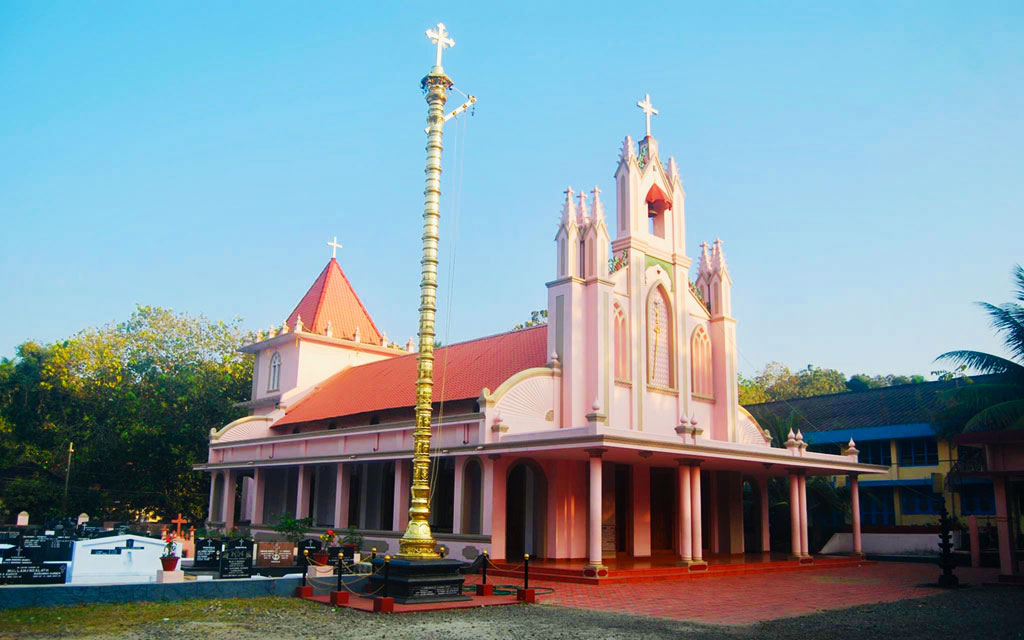 Mr. V. K. Chacko 11 conjectured that Maramon Church would have been established when Ramaru Nampoothiry was converted. He reasoned that a priest of Malliaeckal family may have taught and influenced Ramaru Nampoothiry for his conversion. He argued that it was for the Church that a priest was ordained in those days. Where there was a priest, there was the Church. So he concluded that a Church would have already been in Maramon when Ramacha become a Christian. But his arguments are not authenticated or documented. Further, if there was a Church in Maramon, it would not have been necessary for Ramacha to go to Niranam to receive baptism.

The years 1440, 1465, 1593 12 have also claimed to be dates for the establishment of the Church. However there are no authoritative records to support these claims. These dates may be suggested on the basis of any Kalpana / Circular written by any visiting bishop or to mark the date of the founding of the Church.

It is alleged that an inscribed stone slab prepared by the original founders of the first church was carelessly handed and lost. For other lost records, refer to Malliaeckal Kudumbam Page 25. The most important hand written records Nallagama Pusthakam written by the Church Authority and kept by the Malankara Metrans is also said to have been lost 13.

All these point back to the oral tradition passed down through generations which have come to us through the mouth of the Thazhekalathoor Abraham Sir. When official authoritative records are not available, the oral traditions what we value the best and the most.

It is also reported that the land of the present church cemetery is brought from Kuthiravattam family for 35 Rasi by the Kulathakkal Family and then donated to the Church for its use 14.

In the early part of the 17th Century, Maramon witnessed a wide spread Small Pox epidemic. A 12 foot stele is raised with 88 spouts at the western part of the Church across the street at Northern end of the Training School building in memory of 99 15 departed souls of Kulathakkal family who lost their lives in the outbreak. The dead were buried casually at different places of the family property. Many living out of fear fled to their maternal houses. The 10th generation Ramacha’s only son, Ittan Ramacha, went with his mother to Elavinamannil, Omallur. Ittan Ramacha grew up in his mothers house. About 1640 they came back to Maramon. By the time, the ancestral home was found to be in dilapidated condition, but later restored. Much of the family property was taken over by others. As gratitude for the return of Ittan and his mother safely to Maramon and to avoid the inconvenience of lighting lamps and holding memorials at scattered places, the Deepa Shika was erected to integrate the memory of all who lost their lives at the small pox infections.

It is said that there was an inscription at the foot of the stone, which was lost. It is assumed that the writing was “for the Kulathakal deceased fathers who lost their lives with small pox”. Mathew Ramacha16 says that the inscriptions were deep enough to decipher but faded away, not by itself but by some vested interested people who defaced it.

These lamps are lighted on important festivals particularly on Easter, by the members of Kulathakal family even today.